Traveling to Yazd - What to see in Yazd city

YAZD
city ​​of Yazd: The region of Yazd is one of the most ancient territories of Iran and the historical works scattered in this area, each in its own way, tell the past of the Iranian land.
The history of human settlements in this region dates back to over three thousand years before Christ. In the age of the transmigration of those peoples who moved from the areas of today's city of Balkh in Afghanistan towards the Iranian plateau, some groups of their precursors arrived in this territory, called it 'Yazdan' and from that period onwards 'Yazd' became a place dedicated to worship. During the times of the Achaemenids and the Sassanids, the area of ​​Yazd had a considerable sociological and economic importance, moreover, from those dynasties particular attention was paid to the prosperity and living conditions of this region. After the Muslim conquest, the territory of Yazd took the title of 'Dar-ol-Ebade' ('the land of devotion'). According to historical texts and the urban context it appears that for the ancient Zoroastrians of the place, and those of other areas, the city of Yazd was of fundamental importance and was considered as their sanctuary and holy city. The existing works demonstrate the vastness and prosperity of this city during a period that began with the government of the emirs deylamites and reached the Safavid era. Also from the cultural point of view, the Yazd region appears very interesting and the peculiarities of the Zoroastrian knowledge heritage possess a shining historical past.      More Information
Read more
Show less

Caravanserai of the Yazd region

Caravanserai along the roads between esfahan and yazd

House of the Arabs 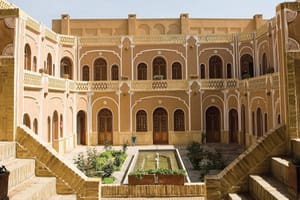 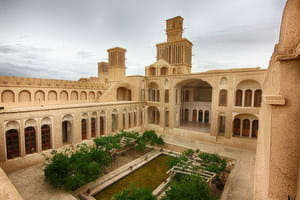 Historical complex of the Bazaars of Yazd

Deserts of the Yazd region 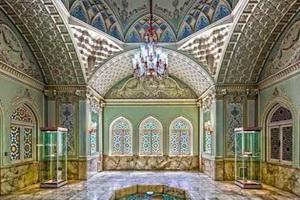 Museum of mirrors and lighting

Valleys and summer resorts of the Yazd region