Iranian Cinema and its history

Iranian cinema was born in the year 1900, five years after the first public screening of the Lumière brothers (December 28, 1895, Paris), thanks to the initiative of the fifth Shah of the Qajar dynasty who bought a camera from his official portraitist Mirza Ibrahim Khan Akkas-Bashi , to document the activities of the royal family.

Among the pioneers of Iranian cinema must be listed the photographer-portraitist Mirza Ibarhim Khan Akkas-Bashi, who in 1900 was the first to use the camera to document an official visit of the royal family to Belgium; the merchant Ibrahim Khan Khalif Bashi was the first to start showing foreign films in his back room, which was also the first private cinema; Phalavihhaf Bashi, who presented films purchased in the West in his cinema and Mehdi Russi Khan, a photographer of Russian origin who imported Russian and French works to Iran.
The first public cinema in Iran was inaugurated in the 1900 in the city of Tabriz, and in the 1904 a second cinema was inaugurated in Tehran.

In the 1950 is founded the Iran Film Studio, by Ghadiri and Manouchehri, a society that produces the first films shot in Iran that conquered the favors of the public, Vergogna (1950) and Vagabondo (1952).
Thus began a prosperous era for the Iranian film industry which in 1965 reached the production of 43 films and subsequently continued to develop. In the 60s, the first distinctive features of the Iranian cinematographic language began to emerge.

The first nouvelle vague begins, the first generation of filmmakers (filmmakers in the true sense of the word).
Among the precursors of the nouvelle vague are: the poet Forough Farrokhzad, who anticipates many subsequent trends with La casa è nera (1962); Dariyush Mehrjui with Gav (La Vacca, 1969), based on the story of the modern playwright Ghalamhossien Saedi, obtains international recognition for the Iranian nouvelle vague; Sohrab Shahid-Sales with Still Life inaugurates a new vision of reality, through the use of the fixed camera and the linearity of the story treated, which will later influence the works of Abbas Kiarostami ; Naser Taqvai with Tranquility in the Presence of Others (1972); Amir Naderi with Goodbye Friend (1972) and Vicolo cieco (1973); Bahram Beyzai with Il viaggio (1972) and Acquazzone (1973); Abbas Kiarostami with The Experience (1974).

The first phase of the Iranian nouvelle vague sees directors who immediately arouse the attention of international arthouse critics, however the films made in Iran in this period represent a small part of the overall production.

Following the political unrest due to the Islamic revolution (1979), many exponents of the nouvelle vague decide to move abroad.
The political situation begins to stabilize in the decade following the Iranian revolution, while the film industry fails to recover.
In 1983 the government took some steps to revive the industry; in particular, the measures are aimed at increasing national production and curbing the importation of foreign films.

To this end, he created the Farabi Foundation (managed by the Delegate for Film Affairs), which provides subsidies for Iranian film productions.

In the following years the production increases and at the same time the Farabi subsidies decrease.

In the post-revolutionary period there is a second nouvelle vague in Iranian cinema: directors begin to create experimental, neorealist and poetic works.

They are part of the second nouvelle vague: Abbas Kiarostami with Where is my friend's house? (1987), and again Kiarostami with Primo piano (1999), Dieci (2002) and Il balloon bianco (1995), with Abbas Kiarostami (screenplay) and Jafar Panahi (direction).
Majidi Majidi with movies The boys of paradise (1998), this film also earned an Oscar nomination for Best Foreign Language Film and Baran (2001).

In 1965 Kanoon was born in Iran, the government institute for the development of children and young people which has more than 600 active libraries in Iran.
One of the most developed sections within the organization is the cinema one.
The first animations date back to the 1970 and since then more 180 films have been made, almost all of them have won international awards.
The Iranian animated films present variety in production, from short films to puppets with the stop-motion technique (the most used), to computer graphics up to the traditional drawing technique, representing the characters and the sets with extreme care both to tell the stories of the Iranian tradition both to represent fairy tales and to tell epic adventures.
Within Kanoon, directors such as Abbas Kiarostami, Amir Naderi and animation writers such as Abdollah Alimorad (Tales from the Bazaar, The Jewel Mountain, Bahador) and Farkhondeh Torabi (Rainbow Fish, Shangoul and Mangoul).
Kanoon is also the organizer of the International Tehran Film Festival.
In the Iranian cinema the registipreferre to use children's actors in their productions.
In the tool "children" they find a new way of expressing themselves and tackling social themes, using the properties of childish language.
Many of the key figures of Iranian cinema are born from the language of childhood, from delicacy, from the ethical value of the image, from immediacy, from universality and from great symbolic force.
One of the directors who uses the language of childhood is Abbas Kiarostami, who worked within the Kanoon (the government institute for the development of children and young people), from which he draws the foundations for the creation of his personal style.
Starting from the first short films, Kiarostami uses the codes of the didactic language (in the First case, Second case and Two solutions to a problem), to illustrate the consequences of an action, the director takes up as many causes as possible, in order to double reality and show the different situations produced by different human behaviors.
In Homework, Kiarostami represents the oppressive rules that children live within Iranian families.
The director uses symbolic visions such as the zig-zag path, the flower in the notebook, the lonely tree and the wheat fields to insist on social issues with the lightness and immediacy typical of childhood.
The first Iranian woman to produce a film is the poet Forough Farrokhzad, who in 1962 made the documentary The house is black, in which she shows life and suffering inside a leper colony.
With the advent of the second nouvelle vague, many other Iranian women took part in the making of new films, as actresses but also as directors and screenwriters.
The first Iranian woman to make a film after the Revolution is Rakhshan Bani-Etemad.
The director prefers to use women in the role of protagonist and addresses the theme of the feminist movement.
Other Bani-Etemad films are: Out of bounds (1986); Yellow Canary (1988); Foreign currency (1989); May girl (1998); Baran and the short Native (1999); Nargess (1992) ,; Under the skin of the city (2001); The blue valley (1995); the documentary Our Time (2002; Main Line (2006).
Tahmineh Milani is among the first women to establish themselves in Iranian cinema; is a writer-screenwriter who ranges from comedies such as Atash Bas (Cessate the Fire, 2006), to dramatic films such as her latest directing-screenplay, for the production of Mohammad Nikbin, Vendetta (2009), presented at the XXVIII Fajr International Film .
The most famous actresses are: Azita Hajian, winner of the Crystal Simorgh as best actress at the XVII Fajr Festival; Ledan Mostofi, best actress at the III Eurasia International Festival; Pegah Ahangarani, best actress at the XXIII International Festival of Cairo; Hedyeh Tehrani, winner of the Crystal Simorgh as best actress at the Fajr Festival; Taraneh Alidousti, best actress at the Locarno Film Festival and at the Fajr Festival; Fatemeh Motamed Aria, winner of the Crystal Simorgh as best actress at the VII, X, XI and XII Fajr Festival; Leila Hatami, best actress at the Montreal Film Festival and the Locarno Film Festival; Niki Karimi, best actress at the Nantes Film Festival.

The Sepas Film Festival is inaugurated in the 1969.

The first International Film Festival in Tehran (Jashnvare-ye jahani-ye film-e Tehran) is organized in the 1972.

In the 1983 the Farabi Foundation (agency dependent on the Ministry of Culture and Islamic Guidance), creates the Fajr International Film Festival, which takes place every year in February in Tehran.

The first Iranian film to win an international title is Gav (La Vacca) by Dariyush Mehrjui, awarded with the Fipresci Jury Prize at the Venice International Film Festival in 1970.
The first director who establishes himself in Europe, after the Revolution, is Abbas Kiarostami, at the Locarno Festival in the 1989.
The first European retrospective of his films was organized in 1995 within the Swiss festival.

1974: The Veiled Prince, by Bahman Farmanara: First Prize at the International Film Festival in Tehran.

1982: Long life, by Khosrow Sinai: Prize of the Antifascist Society at the Karlovy Vary Festival.

1989: Where is my friend's house ?, by Abbas Kiarostami: Bronze Leopard in Locarno.

1992: And life continues, by Abbas Kiarostami: Rossellini Prize at the 45º Cannes Film Festival.

1994: Zeynat, by Ebrahim Mokhtari: Oscar nomination for best foreign film.
Under the olive trees, by Abbas Kiarostami: Rossellini Prize at the 47º Cannes Film Festival.
La giara, by Ebrahim Foruzesh: Golden Leopard at the Locarno Film Festival.
Under the olive trees, by Abbas Kiarostami: best film at the Bergamo Film Meeting.
The white balloon, by Jafar Panahi: Camera d'Or and Fipresci Award for International Critics in Cannes.

2001: Under the skin of the city, by Rakhshan Bani Etemad: audience award "Achille Valada" as best feature film and Cinema Avvenire prize as "best feature film of the Feature Competition" at the 19 ° Torino Film Festival.
The vote is secret, by Babak Payami: at the 58th Venice International Film Festival he obtained the special prize for directing, the Neptac Award, the OCIC award and the “Francesco Pasinetti” award from the national union of film journalists.
The captives, by Abolfazl Jallili: Special Jury Prize at the Locarno Film Festival.

In the moonlight, by Seyyed Reza Mir Karimi: Primagaz Prize during the International Critics' Week at the Cannes Film Festival.

2003: At five in the evening, by Samira Makhmalbaf: Jury Prize at the Cannes Film Festival….
the Oscar for best foreign film

Asghar Farhadi, director, screenwriter and Iranian film producer, After directing several television series, he made his directorial debut in 2003 with Dancing in the Dust, in 2004 he directed The Beautiful City and in 2006 Chaharshanbe Suri.
With About Elly she won the Silver Bear for Best Director at the 2009 Berlin International Film Festival, and the 2009 Tribeca Film Festival for Best Narrative Film.

in 2011 directs Una separation, his most successful film and which won the Oscar for best foreign film in 2012.
He also receives numerous other awards.

The 15 January 2012 wins the Golden Globe for best foreign film.

At the 2011 Berlin International Film Festival he won the Golden Bear for Best Film, also winning the Special Jury Prize of the Berliner Morgenpost readers and the Ecumenical Jury Prize.

Il Client is a 2016 movie directed by Asghar Farhadi, winner of the Prix ​​du scénarioe of the Prix Interprétation masculine at the Cannes Film Festival 2016, as well as the Oscar for best foreign film.

Horizons of Iran; Film Review of Documentarians The film festival Orizzonti dall'Iran is back, dedicated to the productions of young emerging Iranian documentaries ... 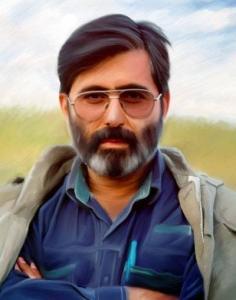 Kamal Tabrizi, the famous Iranian director Kamal Tabrizi was born in 1959 in Tehran and graduated in Film and Television ...

Narges Abiyar, screenwriter, writer and film director Narges Abiyar was born in Tehran in the 1970. After graduating in Persian Literature, ...