Although, according to some Iranian myths, the first to collect and cultivate in a Bāgh (garden) the seeds of the flowers and fruit imported from the mountain areas were Manuchehr, King of the Pishdādiyān dynasty, some historians identify in the Iranian women of the migratory and raiding era the pioneers of the Bāgh Iranian.

These women created these gardens in order to guarantee the constant availability of food in a healthy and comforting environment and to respond to the need to be able to count on a settlement during the period of pregnancy. A further purpose of this creation was to encourage nomadic men, constantly looking for undefeated hunting grounds, to devote themselves to agriculture and livestock breeding. Later, these Bāgh they also assumed a decorative and aesthetic function.

According to various archaeological evidence, the oldest model of the chahār bāgh it was found in Pāsārgād and represents one of the innovations of the period of Cyrus the Great.

As Arthur Pope states: "In the corner of the mind of every Iranian, there is a garden". In the myths of ancient Iran, the cypress was the most sacred of trees. It is said that Zoroaster planted two cypress trees in Kāshmar, which would now be three thousand years old, with his own hands. Even the Achaemenid kings considered the act of planting cypresses with bare hands as a source of pride. Later, in the Islamic mysticism, it will be the plane tree that is considered sacred. The leaves of this, moreover, will be compared to hands. In the same way, the color green is considered by Muslims to be the color of the thriving vegetation and the regeneration of nature.

Il Bāgh it is for the Iranians a sacred environment, the transfiguration of paradise, whose symbolic and mystical meaning is equivalent to the meaning of life itself, to the ultimate end of man, to pre-existence, to eternity, to the earthly manifestation of the celestial world.

I chahār tāgh and chahār bāgh Iranians, with their division into four spaces, are recurrent in Iranian architecture and are based on the concept of the world divided into four corners of the Iranians of antiquity.

I Bāgh Iranians were built with different types of vegetation, mostly in the plains, on the slopes of the hills or around ponds. At the end of this phase, buildings were built inside this environment.

In order to access every space, the passage through the other places was necessary; all this, to reflect the concepts of continuity and hierarchy related to the reflection on the world and on the spiritual and social systems typical of the Iranians.

The basic structure of a Bāgh Iranian includes an entrance and an external fountain that. Once passed the vestibule and the main axis (masir-e chahār bāgh), you reach the main building.

I Bāgh and the other Iranian arts are deeply intertwined with each other, to the point that the metaphors and similes that use gardens, flowers and plants occupy a special place in Iranian poetry.

Il Bāgh it is often found in miniatures and on Iranian rugs. One of the very first carpets depicting a Bāgh it was the Farsh-e Bahārestān, fabric - by order of Cosroe II - with silk, gold and silver and decorated with precious stones, which stood in the huge hall of Taq-i Kisra. 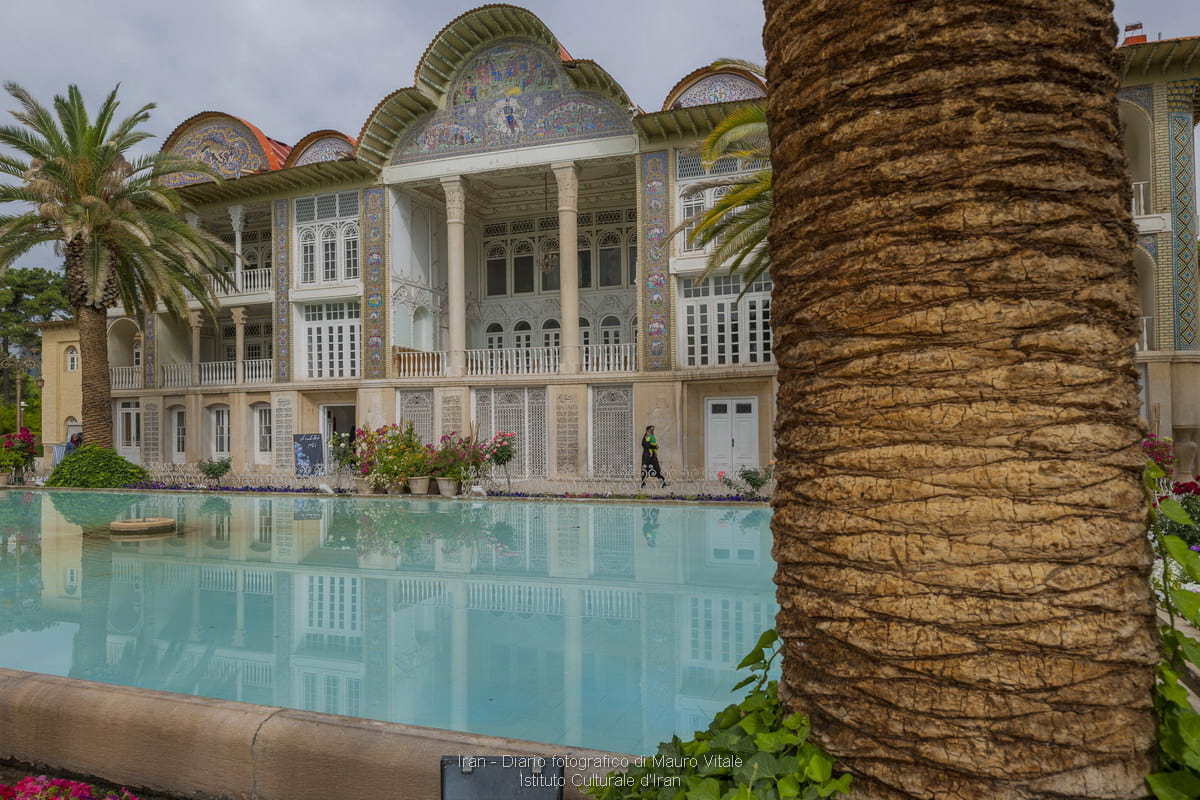