The Kharraqān twin towers are located near the village of Hesār Qusheh Imām or Hesār Armani in the town of Ouj (Qazvin region), dating back to the Seljuk period and were built in the 460 and 486 years of the lunar Hegira.

This complex includes two octagonal towers and circular columns in each corner on a stone base at a distance of 29 meters from each other; the eastern tower is older than the western one, its height is about 15 meters and its diameter of 11 (the new tower is about 55 cm higher than the old one).

These Seljuk masterpieces of art and architecture are considered to be the first double-conical dome-shaped buildings not conical in Islamic architecture. The various geometric designs with polished bricks on each side of the tower (over 25 types of decorative brick workings with various designs), the Kufic inscriptions, the Seljuk murals, the spiral staircases in the circular column, are among the peculiarities of the Kharraqān towers .

Inside the ancient tower with the stucco coating there are decorations such as: ornamental designs with a combination of Kufic calligraphy and paintings of some peacocks in different positions, six and eight-pointed stars, flowers and pomegranate tree, mostly of light blue, black, light brown and dark.

Inside the new tower instead without stucco coating and wall paintings, the walls are entirely decorated according to the method of masonry. The zarih inlaid inside was the same size as that of the ancient tower and without decorations but in its upper margin the name of the twelve Imams (A) in calligraphy was carved naskh.

Inside this tower a mihrab with ornamental brick motifs. The information recorded in the inscriptions of the entrance portal of the towers concerns the year of construction and the architecture of the buildings.

The other names of the towers are: Mausoleum Hadideh Khātun and Mohammad Ben Musa Al Kāzem (A) since until a few years ago, based on the inscriptions in the epigraphs on zarih made of wood, it was believed that these two buildings were the mausoleums of the two Imāmzādeh mentioned but subsequent investigations revealed that two Seljuk Turks were buried here. 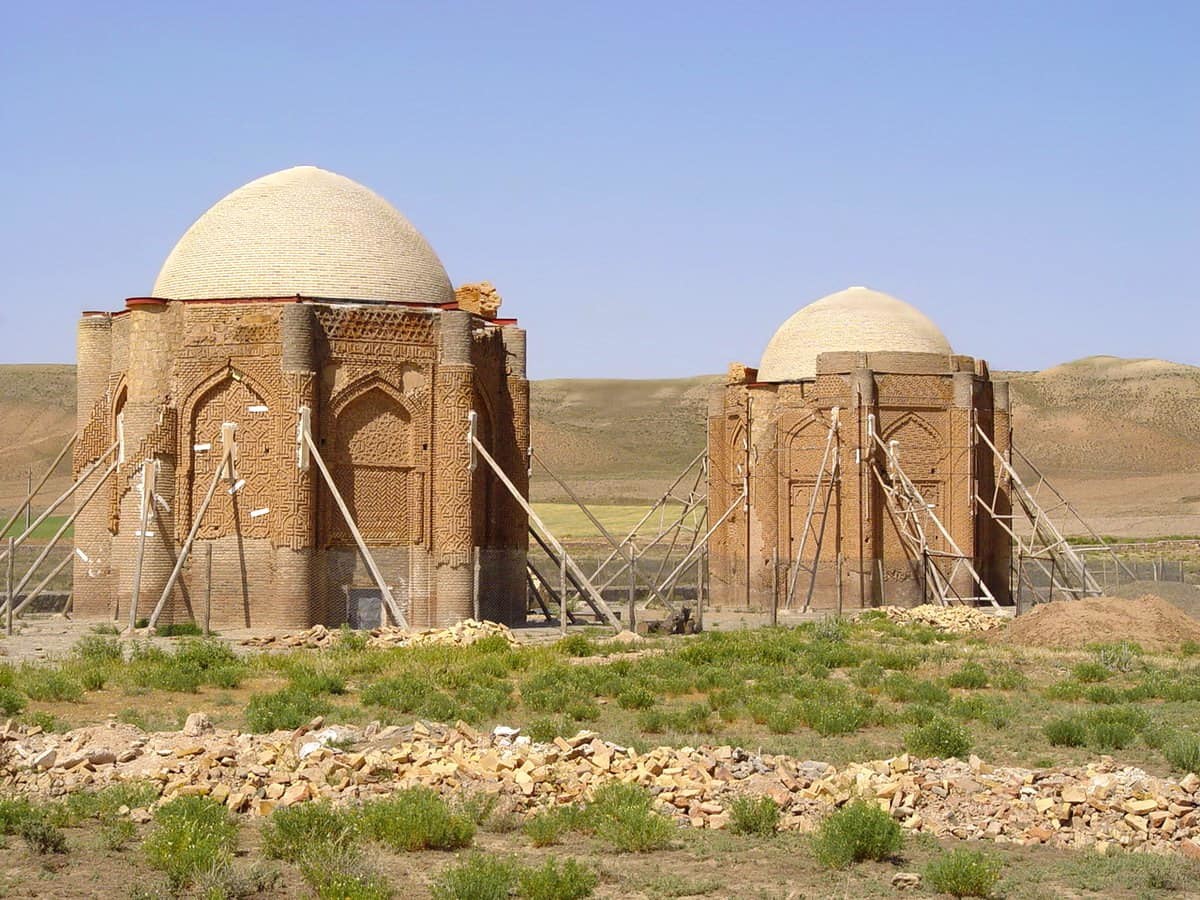