Abyaneh is one of the famous villages of the region of Esfahan, characterized by a healthy climate.

Abyaneh It is located on the northwestern side of Mount Karkas at 28 km from the city of Natanz.

The social and architectural structure of this village (Abyaneh) is very interesting, in particular the strong attachment of its people to ancient customs and traditions. THE

Abyaneh is characterized by the ocher color of the houses, whose balconies and windows still retain the ancient style of the past. The village is also known for the colorful traditional costumes worn by the women of the village, whose origins are very ancient. Abyaneh attracts numerous Iranian and foreign tourists throughout the year, especially during traditional holidays and ceremonies.

The main mosque of Abyaneh with his mihrab (niche that in the places of prayer indicates the direction of Mecca) wooden of the 1374 and its wooden minaret of the 1073 and its inscription in Cufic style has a particular artistic and religious importance.

The last major restoration of this mosque was performed in the 1893. Aware of the value of the village heritage, which is among the oldest in the country, the Organization of Cultural Heritage of Iran has launched a house restoration program from the 1995. 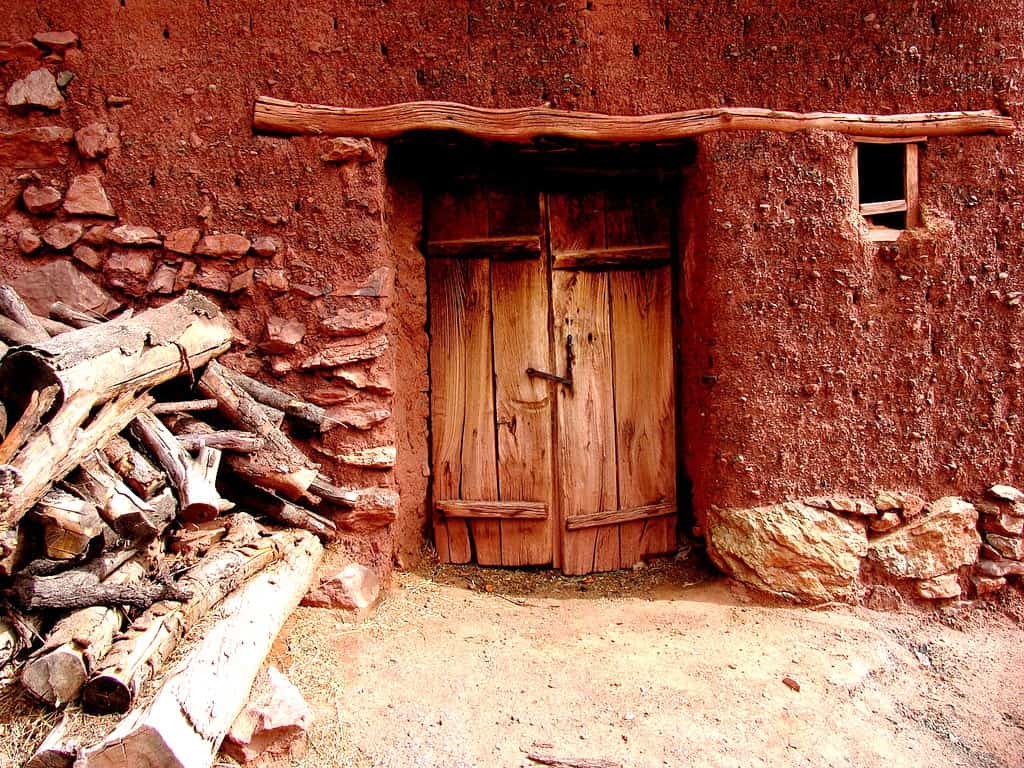