The Masoudieh Palace is located near Bahārestān Square in the city ​​of Tehrān (region of the same name) whose construction dates back to the year 1295 of the lunar Hegira and at the time qajara.

The garden of the ancient palace is a historic building built on an area of ​​approximately 4000 square meters and includes the courthouse, the annexe, the courtyard and the Seyed Javādi palace, the Moshiri courtyard, the Moshir al douleh palace, the rear courtyard with its building, the building will be dar pyādero (which faces the sidewalk), the building will be dar kaleskero (where the buggy passed), the courthouse garden and new buildings for which various architectural genres were used as decoration plaster work, engraving, wall painting, etc.

This historical complex has 7 inscriptions including two in the main portal, one in the portal of the kaleskero (path where the buggy used to pass), two in the court building and two others in the Moshiri one.

The Masoudieh palace has witnessed many historical events over the years and was also home to many cultural buildings in the country such as: the first library and the national museum of Iran, once it hosted the military faculty, the ministry of culture and of education and here also some national artistic events took place. 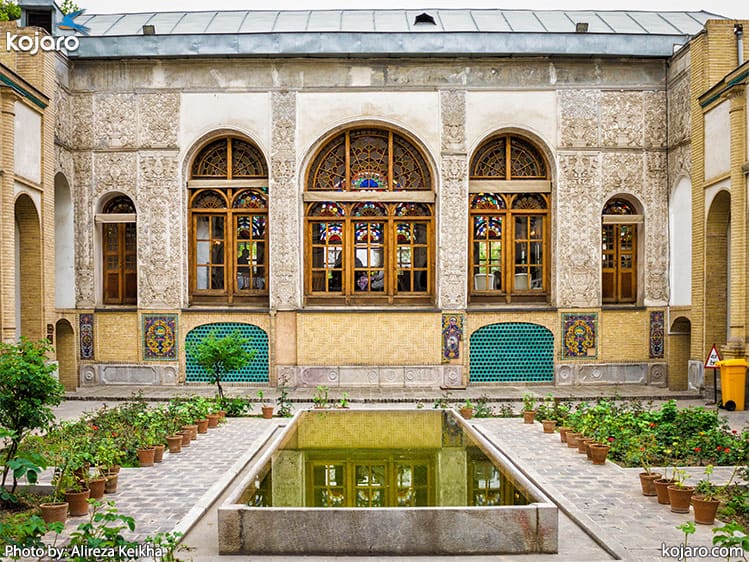