The Museum of Contemporary Art of Tehran, located in the center of the city, is surrounded by a green area called The Park of Statues for the presence of sculptures of important masters of Iran and the world.

It operates under the general direction of the artistic affairs of the Ministry of Culture and the Islamic Guide of the Islamic Republic of Iran.

The building was designed by architect Kamran Diba and is one of the most important palaces of the Iranian capital for its modern Persian architecture inspired by traditional Iranian architecture.

The vestibule (the representative entrance hall), the crossing points and the passage used in the architecture of this building are designed to invite visitors to immerse themselves in the deepening of the glorious history of art and culture of the building. Iran.
The Museum of Contemporary Art is considered the center of Iran's most important artistic activity in the visual arts. In its two thousand square meters of exhibition space, divided into nine rooms, the various art exhibitions are constantly presented, creating the opportunity for art lovers to admire the beauties of artistic masterpieces.

The extended man of Henry Moor

The Tehran Museum of Contemporary Art has officially begun its cultural activities in the 1978 and tries with all its strength to promote the art of the Islamic Revolution. The objectives are concentrated to a greater extent in the presentation of contemporary art to promote Iranian skills from the point of view of quality and quantity, supporting the artists so that they can promote Iranian art in the world while retaining their own extrinsic identity in their works and discover new talents and new ideas at the same time.

The statues, placed inside the Park, by great sculptor artists such as Alberto Giacometti, Henry Moor and Parviz Tanavoli, have given this place not only a surprising beauty but also a high artistic value.
Some works by well-known world sculptors positioned in the Park of the Statues are:

♦ Horse and rider of Marino Marini

♦ The great woman e the man who walks, two masterpieces by Alberto Giacometti

As soon as the visitor enters the museum after having made a roundabout route, visiting the halls, he arrives at the vestibule that houses the masterpiece of the Japanese artist Haraguchi Noriyuki entitled La Materia e il Pensiero.

Besides the nine exhibition halls, the museum also has a specialized library, with the audivisive and film library section.
Among the works that are part of the patrimony of the Museum of Contemporary Art in Teheran we can list those of artists such as Pierre-Auguste Renoir, Lautrec, Paul Gauguin, Pablo Picasso, Max Ernest, Magritte, Jackson Pollock, Franz Jozef Kline, Francis Bacon and other internationally renowned artists. 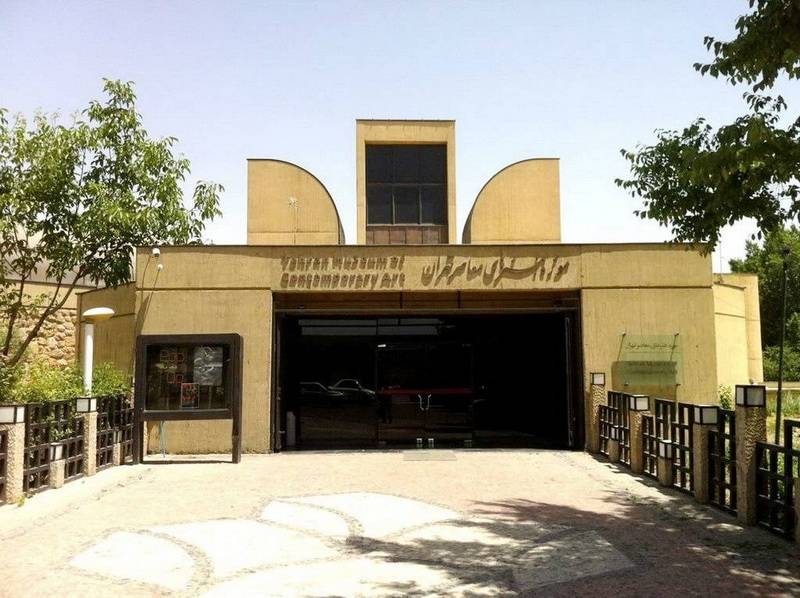 To share
Tehran
Museum
We use cookies to ensure that we give you the best experience on our website. If you continue to use this site we will assume that you are happy with it. Ok