the Fars region is divided into three climatic zones: cold, moderate and warm. The minimum temperature, between 2 and 8 degrees below zero, is reached in the month Dey (22 December - 20 January) while the hottest in the month Mordad (23 July - 22 August) with 35-40 degrees. As for the amount of rain, the eastern area of ​​this region is the one with the least rainfall while the central and western areas are those with the most rainfall. The most important river

the Fars was the thousand-year-old home of the indigenous peoples, in particular the Elamites. The Persians were one of the Aryan peoples who came to this area 3000 years ago and settled in some places between Anshan (46 km north of Shiraz) and Pasargad. Their first capital was Pasargad. From the time of the settlement of the Persians in this territory, the southern part of Iran to the coast of the Persian Gulf has been called Fars (Parsa - Parsis).

the inhabitants of this territory are ethnically Aryan. Some of the nomadic tribes and peoples of Iran dwell in this region and from this point of view the Fars is one of the regions with the most ethnic variety. The prevailing language in the region is the Persian that is spoken together with the Shirazi, Lari and Lori dialects. The variety of local traditional costumes in the Fars is staggering. For example among the nomads of the Kuhmare the tunic arkhalegh, the shal and choghghe they are among the main clothes of men.

the largest number of perennial saltwater lakes (145.000 hectares) and freshwater (30.000 hectares) of Iran is located in Fars. Lakes, springs and waterfalls are considered among the most important natural attractions of the region. Bakhtegan lakes (838 km2), Maharlu (350 km2), Tashk and Hirom have salty waters; the lakes Parishan, Talab Arzhan, Barm-e Shur, Kaftar, Haft Barm and the Doruzdan dam fresh water. Lake Bakhtegan, the Arzhan plain and the Parishan lake are a place of residence for various varieties of migratory birds and are under national and international protection. Many plant varieties grow in the protected areas of the Fars region. In the Bamu National Park, located north of the city of Shiraz, until now more than 280 types of plants have been recognized and cataloged.

Takht-e Jamshid (Persepolis), Pasargard, etc. they are archaeological sites of the Persian Empire known all over the world. Shahceragh, the bazaar, Hammam-e Vakil, or the citadel of Karim Khan (NdT: all are located within the city of Shiraz) and other dozens of ancient sites that date back to both the Islamic and pre-Islamic period, are other attractions tourism in this region.

Gate Of The Quran 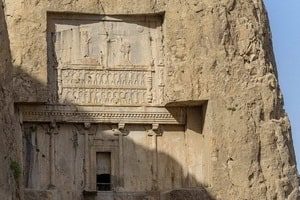 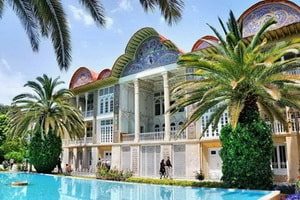 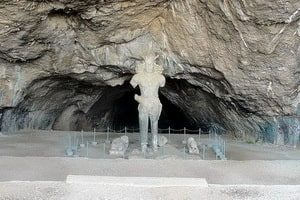 in the region the handicraft of the nomadic tribes, that of the countryside and the city has a great variety. Carpets, gilim, gabbe, khatam, moarragh, monabbat, rize-kari, wood and ceramic painting, pottery, kashi-e moarragh and kashi-e haft rang, noghre-kari, and ghalamzani are among the most renowned arts of this region. The art of vegetable dyeing of silk, embroidery of traditional costumes, dolls, namad-mali, sarraji, ruduzi-e sonnati, carpet and kilim design are other common arts in this region.