The Persian Gulf is a semi-enclosed sea between Iran and the Arabian peninsula which, through the Strait of Hormoz, connects to the sea of ​​Oman and from there to the Indian Ocean. This large expanse of water is located to the south and southwest of Iran, near the regions of Khuzestan, Bushehr and to a part of the region Hormozgan and borders on seven countries, i United Arab Emirates, Bahrain, Iraq, Saudi Arabia, Oman, Qatar and Kuwait with a different extension of the coasts.

The length, width, depth and surface of the Persian Gulf in the various sources, considering the natural conditions of the sea over the course of several years and the impossibility of using precise calculation tools in the past, are not always homogeneous and present discrepancies in the recording.

The width of the Persian Gulf at the narrowest point, namely the Strait of Hormoz is equal to 40 km² and in its widest part, in the middle of the Gulf, is equal to 270 km² while in the other points the average width is 215 km².

Iran, with a coastal length of 1375 km², from Bandar Abbās to the Shatt al 'Arab, possesses the 45,3% of the entire coast of the Persian Gulf, ie it has a greater coastal length than the other Gulf countries.

Iraq with 18,5 km², or the 0,6% of total coastline extension, has the lowest coastal length. On the southern borders of the Persian Gulf, except for some small rivers, which only carry abundant rainfall to the Gulf, there is no important river; while at the northern extremities, or in Iran many water-rich rivers such as: Seymareh, Karkheh, Dez, Karun, Jarrāhi, Zohre, Mand etc ... either independently or by joining together, they throw themselves into the Persian Gulf (regions of Khuzestān, Bushehr and Hormozgān).

These rivers are found in a large part of the west, south-west and south of the country, in the Persian Gulf basin and in the Oman sea and mostly originate from the imposing Zagros mountain range.

The Persian Gulf was originally formed by the sediments of the Cenozoic seas and included the entire Zagros area; but due to the lowering of the water level of the oceans, not only has its water decreased, but according to some evidence found on the seabed, in a period it has completely dried up; in reality the present Persian Gulf is a part of that dry land in which the water of the Ocean through the Strait of Hormoz has poured again.

This long ditch finally gave rise to the stratum of the Zagros mountain range and due to the lowering of its level compared to that of the Ocean, it sank under water.

The Persian Gulf in the past was much larger than it is now. The plain of Mesopotamia and that of Khuzestān were formed by the narrowing of the rivers due to the filling of the northern part of the Persian Gulf, so that now to enter the Gulf they must pass through a greater stretch of land.

In the Persian Gulf there are large and small islands inhabited and not and each has potential and a long past and enjoys a very important geographical and strategic position locally and even worldwide.

The Persian Gulf in the historical archive

The European map of the Persian Gulf in the 1917

A letter from Abd al-Aziz ibn Al Saud, the founder of the kingdom of Saudi Arabia in the 1968 which mentions the name of the Persian Gulf.

The name of the Persian Gulf in the 90 report pages prepared by the 1907 at the 1928 describing the events in Ottoman territory, Iran and Saudi Arabia preserved in the British Library.

William Newnham's letter Bomai's representative to Lieutenant David Wilson the diplomatic representative of Brittany contains the name of Persian Gulf in the 1827 kept in the Qatar archive.

Tampering with the Arab Ischiais published in the 15 February 1933 by the British Government kept in the British library.

The cover of the book of 218 pages kept in the Britanica Library, containing the correspondences of the Municipality of Manama (Bahrain) in July 1937, published with the name of Persian Gulf

In addition to the previously mentioned inhabited islands, in Iranian waters there are also other uninhabited or semi-inhabited islets (with a population composed of administrative and military officials), including Tunb-e bozorg, Tunb-e kuckak, Fārur, Fārurgan, Om- olkaram, Janrin, Nakhilu, Fārsi etc. which are usually protected areas of safety and ecological.

Near the coasts of other countries bordering the Persian Gulf, there are other large and small inhabited and uninhabited islands that belong to Kuwait, Saudi Arabia, Bahrain, Qatar, the Emirates and Oman.

In the Iranian coasts there are many port cities which, in addition to strategic importance, also enjoy a favorable commercial and economic condition. The ports of Khorramshahr, Ābādān, Deylam, Bushehr, Deyer, Kangān, Assaluyeh, Langeh and Bandar Abbās are important nuclei for the maritime relations of Iran with the rest of the world and some of them like Khorramshahr, Ābādān, Bushehr and Bandar Abbās are considered important residential centers and also tourist destinations.

The Persian Gulf, having vast reserves of oil, gas and other sources that can be exploited and exported abroad, as well as thanks to the presence of adequate and safe routes for trade, has always been the subject of attention throughout history. of the powers of the area and disputed by the colonial governments.

This large expanse of water with islands and long coasts has been the cradle of various civilizations, a center of cultural and commercial exchanges and one of the most famous seas in the world. In the "Geography" of Strabo it is mentioned with the name of "Persian Gulf" or "Persian Sea", while the sea between the Arabian Peninsula and the east coast of Africa (Egypt and Sudan), which is currently called Bahr Ahmar or Red Sea, was called "Arab Gulf".

These denominations in the maps and in the authoritative historical documents emerge in different languages ​​and in none of the historical and geographical sources the sea that is situated between Iran and the Arabian Peninsula is called in another way if not Persian Gulf.

In the book "Hudud al Ālam" ("The limits of the world") that dates back over 1000 years ago, in mentioning to the Persian Gulf that "with a small width extends from the Persian coasts to Masqad (Muscat)," .... there is also talk of the Arab Gulf which today is the Bahr Ahmar or Red Sea in these terms .. "there is another gulf in the northern part, up to almost Egypt where it narrows as far as its width reaches a mile, that they call it the Arab gulf, Aylah and gulf qalazam .. "and still" the place where the Arabs live (the present Saudi Arabia) is located between these two gulfs ".

Also in the book "Alā alāgh al-nafise" which dates back more than 1000 years ago, after mentioning the name and location of the Persian Gulf, we speak of the place of residence of the Arabs saying that "between these two gulfs (ie Aylah and the Persian Gulf) are the countries of Hejjaz (north-western region of the Arabian Peninsula, today part of Saudi Arabia), Yemen and other Arab cities “.

Even Mohammad Bin Abi Bakr al-Zahri, Arab geographer, in his "Geography Book" whose publication dates back to almost 1000 years ago, speaks thus of the Persian Gulf: "the journey by land of the Egyptians to move towards Syria, the Iraq and the Persian Gulf, pass through here (Sinai Peninsula) ". 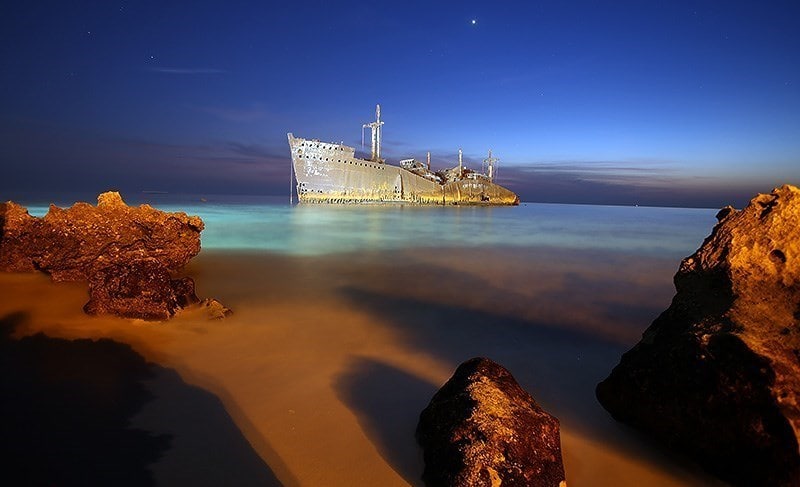 To share
TOP NEWS
We use cookies to ensure that we give you the best experience on our website. If you continue to use this site we will assume that you are happy with it. Ok