The beautiful Ardabil region, with its natural and historical attractions that make it unique, is located in the north-west of Iran. The capital of the region is the city of Ardabil and among other important cities can be mentioned Khalkhal, Meshgin Shahr, Bilehsavar and Pars Abad. The highest peak of the region is Mount Sabalan, which is located northwest of the province of Ardabil.

Very cold winters and the mild summer season characterize the climate of this region which is considered among the coldest areas of the country.

Many historians of the Islamic period have attributed the foundation of the city of Ardabil to the king Sassanid Firuz. But the city of Ardabil has more than 1500 years. This region at the time of the Achaemenids had great political and military importance, being the place where the armies were gathered to protect the northern borders of the empire. According to some stories of the Avesta it seems that the Iranian prophet Zoroaster was born near the River Dayi Yata, ancient name of today's River Aras, and that he wrote his holy book on the mountain of Sabalan, then choosing the area of ​​Ardabil for the spread of his faith. At the time of the Arab conquest of the Iranian plateau, Ardabil was the largest city of Azarbayejan, fell into the hands of Islamic armies and until the Mongol invasion was the center of government of the region. From the city of Ardabil, Shah Ismail I, the founder of the Safavid dynasty, began his uprising to form an Iranian government and later chose Tabriz as the official capital of Iran. During the Safavid period, from the economic and political point of view, Ardabil was among the major cities of the country, being located along the commercial route between Iran and Europe. Silk and other commercial products entered the Ghilan region and passed from Ardabil, from where they were exported to Europe. 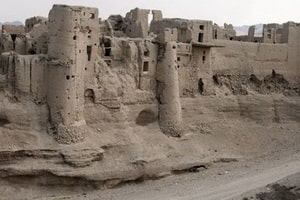 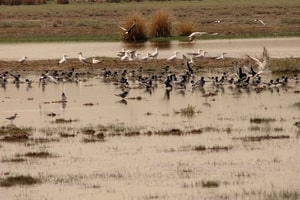 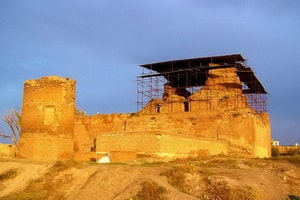 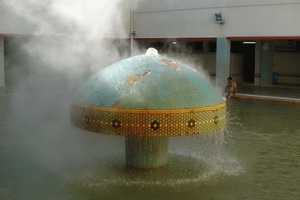 it is located south-east of the city of Meshgin Shahr and is the permanent habitat of many animals: goats, pigs, foxes, wolves, sheep and rams, rabbits, partridges, doves, doves and other animal species and migratory birds.
Other historical buildings and buildings in this region include the Mirza Ali Akbar Mojtahed Mosque and the Sheikh Heidar Mausoleum.

The craftsmanship of the Ardabil region is very varied. Among the examples of handicrafts and artifacts of the cities, villages and nomad population of this region are: various types of carpets, shawls, verni fabrics, kilims, jajim, cushions and embroidered fabrics, handbags and hand-made saddlebags, various objects made of metal, wood, copper and bronze, handmade silverware, hand-made leather objects, traditionally inlaid objects and pottery. Also the different types of desserts, Halva and Ardabil honey are part of the famous specialties of the region.

The traditional dishes and local cuisine of the Ardabil region are also famous and some delicious dishes are prepared only in this area and are part of its tourist attractions. The most famous regional dish is Ash-e Dugh, the soup with whey. Sabalan honey has a national reputation and is enjoyed throughout the country. The region's breakfast is particularly popular and consists of honey, fresh bread and local butter. Other traditional azari dishes that are abundantly prepared in this region are: Pichaq Qeime, different types of omelette (Kuku), Reshte Polo Qeisi, Amaj Bayledi, carrot sauce, rice pudding, Bastar Polo and Kuku Mah. Among others tasty condiments, appetizers and desserts from the Ardabil region there are: different types of local pickles, various types of salad such as that of green peppers, different types of marmalade such as those of roses, carrots, sour cherries, balang, lemons, bananas and pistachio peels .