The region of Esfahan is located in central Iran in a prosperous and fertile plain. Generally speaking, most of the towns and villages of this area are the result of the course of the Zayande River Rud. The regional capital is the city of Isfahan and the other important inhabited centers are: Ardestan, Kashan, Golpayegan, Nain and Natanz.

The climate of this region is dry-temperate. The city of Esfahan has an excellent climate with four regular periods of the year, in fact, the end of each season is easily perceived.

Ancient names: Sepahan, Espahan, Aspadana, Jey, Gey, Gabyan.
As well as giving the region its name, Esfahan is also the name of one of the provinces of the homonymous region. The center of this province is the city of Isfahan. Esfahan with its history so ancient and its innumerable historical works is one of the symbolic cities of the world. According to André Malraux, French writer and researcher, only two cities in the world are comparable to Esfahan: Florence and Beijing.
The historical works of Esfahan include the best examples of the many architectural styles that have followed one another in Iran for thousands of years. The quality of these works is such that one can say that most of the great works and masterpieces of Iran's architectural art are located in Esfahan.
Because of its ancient and long history, Esfahan has had different names. A large number of researchers believe that the allocation to this district before the advent of Islam - particularly in the Sasanian period - of the function of gathering soldiers from the southern regions of Iran (Kerman, Fars, Khuzestan, Sistan) was the reason for the designation of "Espahan" and subsequently, after the advent of Islam, and under the influence of the Arabic language, its form changed to "Esfahan".
The city of Esfahan, the center of this important region, was considered the capital of Iran. In the period of the Elamites, the current region of Esfahan was one of the regions of the country of "Anzan" or "Anshan".
At the time of the Achaemenids, the name of this region and its capital changed from Anzan to Gabyan and was also one of the places of residence of the Achaemenids thanks to its flourishing situation.
In the Parthian period, this region was one of the ample royal states of the Parthians, whose capital was the city of Esfahan and whose governor had the title of Shah.
Conquered by the Muslims between the 640 and the 644, Esfahan remained in the direct domain of the caliphs until the 10th century. It was then the Samanids, the Gasnavids and the Seljuks, under which, especially by the work of Malikshah who placed his residence there (1072-92), it was enlarged and embellished. To have resisted Tamerlane was from this fiercely devastated (1388). The period of maximum splendor of Esfahan was under the Safavids (XVI-XVIII sec.), From which (with Shah Abbas I, 1587) it was chosen to capital of the Iranian rebuilt kingdom. It declined in the 18th century with the Afghan conquest (1722), civil wars and the movement of capital.
For centuries Esfahan is called "Nesf-e jahan" (half of the world). Esfahan is among the ancient cities of Iran whose historical existence dates back to the third millennium BC. C. Its region, among the oldest in Iranian civilization and culture, preserves admirable works from all eras. Its natural and geographical environment, at the center of the Iranian plateau, the fertile soil and the presence of the river Zayande Rud were the reason for the presence of important centers of activity of the tribes residing in this area in different eras. Inside there are many important historical memories of these tribes.
For this reason, Esfahan has always been considered a living museum, full of places to visit and historical works of great value. Each of Esfahan's works bears witness to the magnificence of the era in which it was built.
The largest river on the central plateau of Iran is the Zayande Rud, which runs through some of Iran's most beautiful cities. Waterfalls, ponds and important wetlands such as the marsh of Gavkhuni - which is considered one of the rare swamps of the central plateau of Iran - along with the rich protected areas, are a reason for the splendor of the natural attractions of Esfahan.
Among the products of the province can be indicated cotton, tobacco, cereals, rice.
The climate of Esfahan in general is temperate and dry. The amount of rain and snow is relatively low and the summers are hot and dry.
The population speaks Persian and the dialect of Esfahan. Among the peculiarities of his dialect there is the addition of the letter "s" at the end of the words instead of the term "ast" (è). The Armenians of Esfahan speak in the Armenian language.
Islam and the Shiite confession are the religion and the official confession of Esfahan but for several centuries live in the Armenian cities, Jews and other religious minorities. Jolfa in the southern part of Esfahan is the district where most of the Armenians have settled and is counted among the best neighborhoods in the city.
Kebab, beryan and khoresh-e mast are the most famous foods of Esfahan. Baghaliye zorrat (from the city of Khorasgan), ash-e somagh, kalleye jush, are among the foods of the tribes living in the region. Sar gonjeshki, kuku-ye ghandi, gheyme-ye rize, ash-e mash-o ghomri, yakhne-ye torsh, mash-o zardak, umaj-e serke go choghondor, nokhod-o ab are the other special dishes of Esfahan.
The traditional economy of the region is based on craftsmanship, as the weaving of carpets, silk, engraving, monabatt-kari (wood carving), gold embroidery, khatam, malile-duzi ( gold or silver embroidery), miniature, ceramics, minakari, metalwork, turquoise, silver, tiles, ghalamkari and pulak-duzi are among the fine arts of Esfahan which today have great splendor in the tourism sector as well.
Porcelain, ceramics, the production of household goods, cement, corrugated sheets, military industry, automotive, aeronautics, food, gas companies, dairy products, spinning, weaving, are other industries of the region.
The most famous souvenir of Esfahan is the gaz.
The craftsmanship, in particular the khatam-worked frames, the minakari, the printed fabrics (ghalamkari), and the various engraved works, are among the other souvenirs of Esfahan.

On this page you will learn about the tourist attractions of the Alborz region for an unforgettable and safe journey. 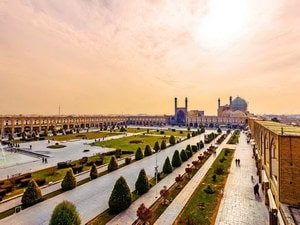 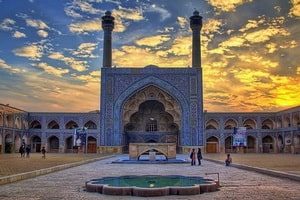 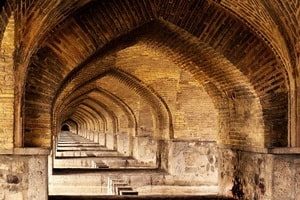 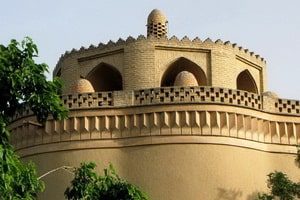 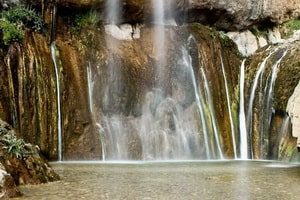 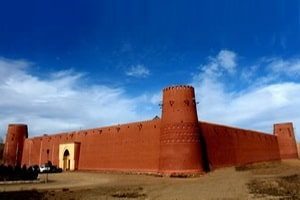 The region is one of the largest production centers of various forms of Iranian craftsmanship and has long been considered the cradle of fine arts and crafts.
The brick, tile and gypsum decorations and artistic inscriptions, in the historical works of art of Esfahan from the past centuries to the contemporary era, around and on the sides of the minarets, inside and outside the mosques and palaces, together with the arts of brocade, engraving, silver, gold decoration, the copying of books and the Koran, painting, all this testifies to the artistic centrality of Esfahan.
The silver and gold embroidery, the engraving on wood by Golpayegan, the lace, other types of embroidery and weaving, including the weaving of the carpets are among the current forms of craftsmanship of Esfahan. This handicraft production had great splendor in the Safavid period. In the Qajar era, the Esfahan craft market was less prosperous. But after the era of the constitutional revolution of the early twentieth century it found new development. Today, thanks to the flourishing tourism industry, Esfahan's craft products have a considerable market.
In general, the common drawing of the handcraft of Esfahan, without distinction between carpet, printing on cotton, drawing and engraving on pottery and types of embroidery on cloth settled under the influence of the decorative design of the Safavid period. The designers of Esfahan with their ability to understand and with their own skills fertilized the ancient works and embellished them with their creativity.
One of the most famous souvenirs of Esfahan is the gaz. The main ingredient of this pleasant and renowned dessert, which is the manna of the tamarisk, is produced in the surroundings of this city.
The manna of the tamarisk is the root of a mountain tree whose height reaches a maximum of two meters and is produced in particular in the areas full of water and good climate of Bakhtyari and Khansar, on the slopes of the mountains.
At the beginning of the summer the product of this tree is ready and is harvested and the branches of this tree provide the grains, yellow and shiny like those of the millet. It is at this time that the owners of the trees must collect the product, before the autumn rains begin.
To collect the product, the tanned sheepskin, white and clean, which is called dabale is spread below the tree and then the trunk of the tree is struck with a wood from the crooked end called daganak that is prepared for this purpose, so that the beans separate from the body of the tree and fall into the dabale. These still impure gaz, mixed with leaves and other elements are cleaned with a specially constructed iron sieve. During the year this work is repeated up to ten times and the more it is repeated the more the final product will be prized. The additional elements that remain in the sieves are used in various ways, including that of medicinal grass. But it is above all the grains that are collected that are considered very valuable.
If before the harvest of the product there have been rains, the quality of the gaz will be less and if the rains have been many, the product will be unusable. 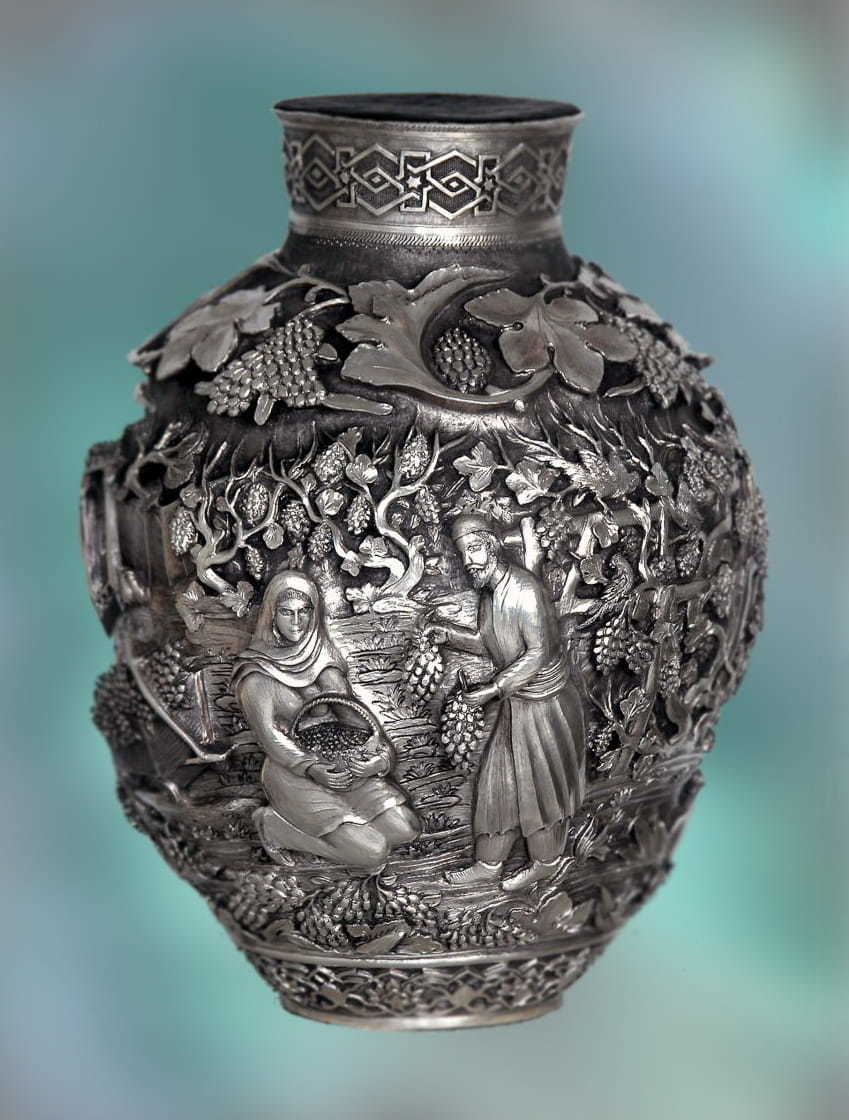 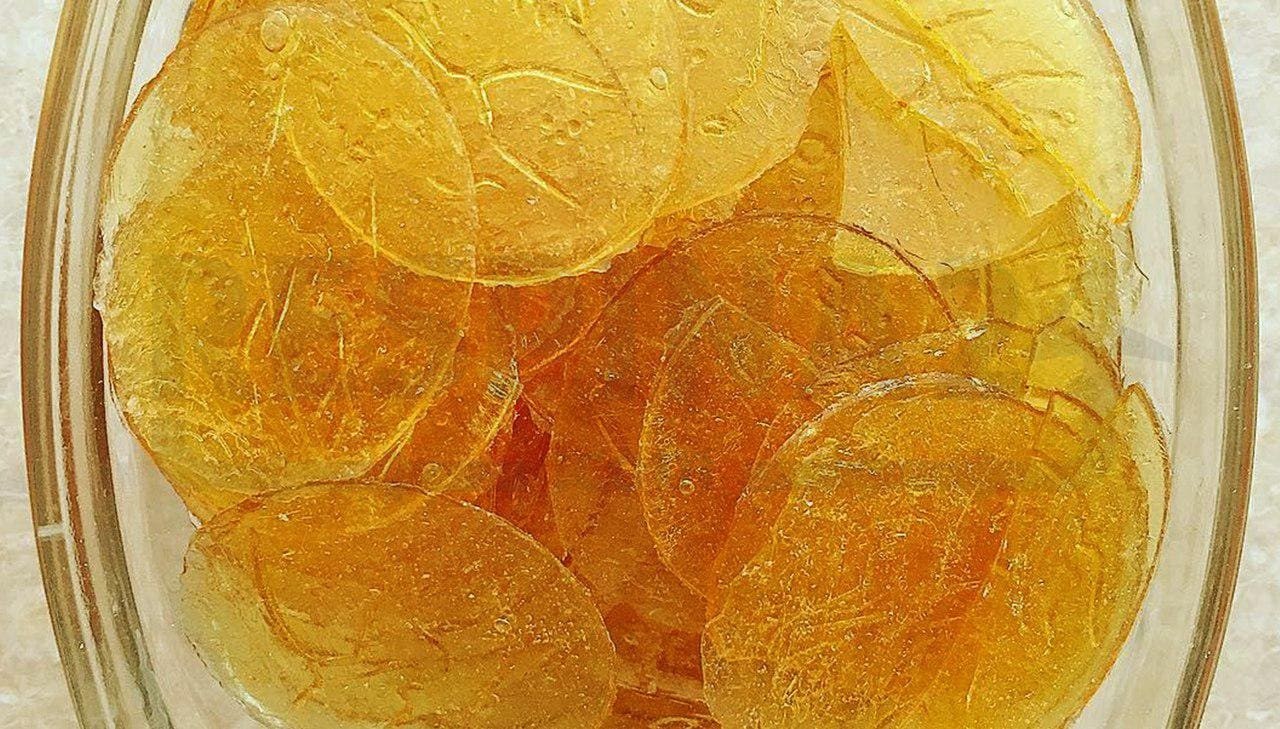 The Best Restaurants In Esfahan:

The Best Hotels In Esfahan: